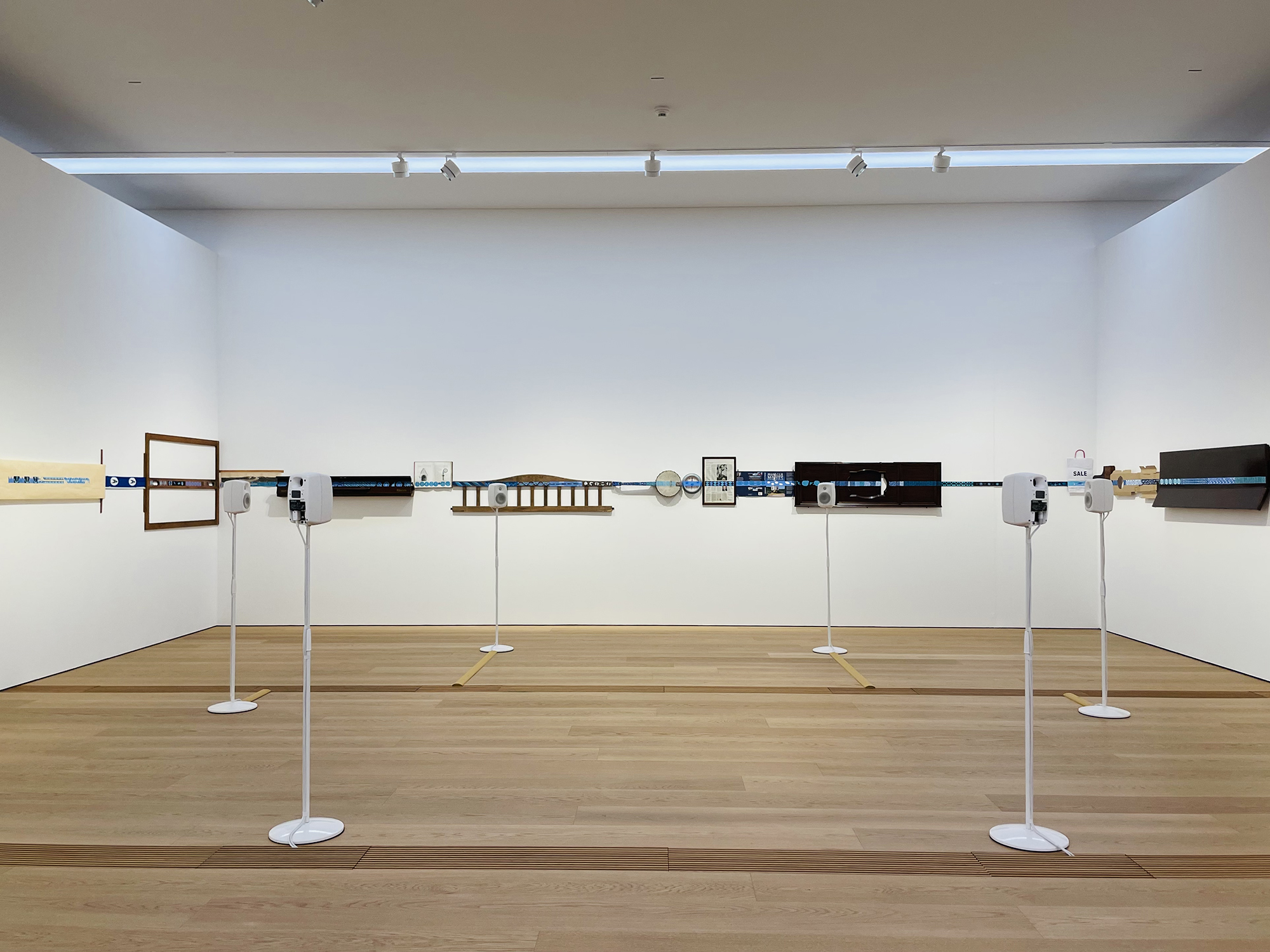 Posted at 11:02h in Colaborations, Sound by admin
0 Likes
Share

Magda Stawarska-Beavan’s contribution to the Lubaina Himid exhibition at Tate Modern (now on tour in Lausanne) has, in her words, been pivotal. Five sound pieces thread through the show pulling and pushing the audience from scene to scene, filling the galleries and bringing the speakers into the foreground.

Magda Stawarska-Beavan’s own sound-work Reduce the Time Spent Holding (2019) opens the exhibition and sets the scene for the debates around making and architecture which occupy the first room.

As the show unfolds, the collaborative work Blue Grid Test (2020) holds the space with her six-channel sound-work in conversation with Lubaina’s twenty-five metre painting which together surrounds the audience.

Old Boat New Money (2019) has at its heart the sound of the Atlantic. Her soundwork at the centre of Lubaina’s wooden structure helps to evoke the ocean itself and the boats which made endless journeys with captured Africans to the Caribbean.

In Fashionable Marriage (1987) a satire on the art world of 1980s, the music of Zanzibar plays with Handel’s Entrance of The Queen of Sheba. Magda Stawarska -Beavan’s contribution in this case centres on making the most of the timing of the sound as it dominates and then retreats drawing audiences nearer to the action.

The audience has an opportunity to listen on headphones to the 2017 composition for the installation Naming the Money (2004) this iteration changes the emphasis of the piece, which is exhibited here without the 100 cut-outs, developing it further from the telling of slave narratives into a call to audiences to consider their futures. For Lausanne each of the 100 texts is translated into French and contained in an accompanying booklet.