Posted at 11:25h in Exhibitions, Print by admin
0 Likes
Share

Set of silkscreen prints from the body of work “To Follow” was presented in the International Print Triennial in Bunkier Sztuki, Krakow.

“The International Print Triennial, has entered its sixth decade: originally ran as a biennial, 2016 marked fifty years since the first ever festival. In spite of Kraków being separated from the West by the Iron Curtain, the initiative instantly grabbed the attention of international artistic circles. In the communist era, regular meetings of printmakers from all over the globe were a great artistic celebration and an opportunity to break through political isolation and open a window onto the world. In the past Kraków welcomed acclaimed artists including Robert Rauschenberg and Joseph Kossuth and presented great works of pop-art, op-art, minimalism and conceptualism; the advent of the digital age and new media brought digital prints and interactive works.

Processing
The world is a different place in the 21st century, and printmaking has also undergone a revolution: artists reach for new technologies and boundaries between genres are becoming increasingly blurred. The organisers of the International Print Triennial 2018 (5 July – 10 October) declare, “By respecting the traditions set out by acclaimed printmakers and tireless organisers, led by Professor Witold Skulicz [founder of the event, president of the International Print Triennial and long-running director of the International Print Triennial Society Office who passed away in 2009 – ed.] we hope to usher in a new era of the Cracovian festival.” Following the competition rules, which state that printmaking is a process and reaches its full potential when presented as a set or cycle, each participant enters an individual print or a set of up to four works. Participants are also invited to attach short films visualising their creative process and submit texts, visual resources and any other supporting materials which served as their inspiration or important reference points. They will provide an invaluable addition to the exhibition, since the aim of International Print Triennial 2018 is to “reveal the complex nature of printmaking and making it accessible to wide audiences.”

Wealth of images
The international jury, led by the Slovenian artist Breda Škrjanec, selected 257 works by 115 authors from 30 countries for the competition exhibition. The second stage of the contest reveals winners of prizes including the Grand Prix, the European Print Award, the Professor Witold Skulicz Award and trophies funded by associated institutions from all over Poland. The jury reveal their decision at the opening of the Main Exhibition 2018 at Bunkier Sztuki, held under the banner Immersed in Images (from 7 July). As well as works qualified for the competition, we will see supporting materials supplied by the artists. The exhibition covers a broad spectrum of contemporary printmaking and takes an all-encompassing look at art and the world around us. It’s worth noting the numerous paraphrases and derivations comprising contemporary visual culture. The extensive review of the latest and most fascinating trends in graphic arts around the globe also opens the question as to the real boundaries of print as a medium; about the relationship between printmaking and sculpture, installation, painting and video art.” 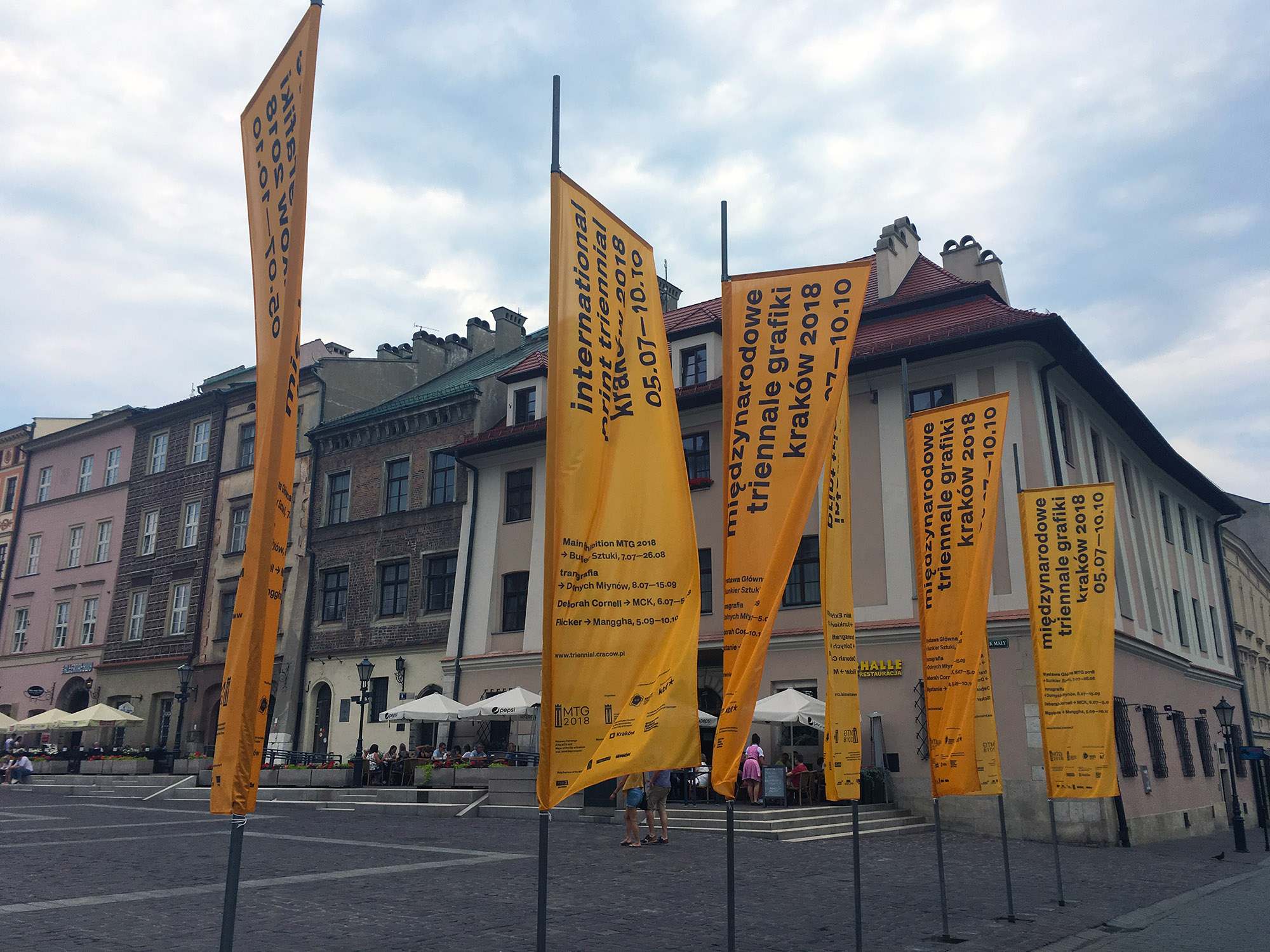